It all started with Ernest Shackleton.

For the 100 year anniversary of his historic voyage to Antarctica, another Harvard Business School Marketing team member and I proposed a brand-new feature story design with more whiz and bang than anything HBS had produced so far. 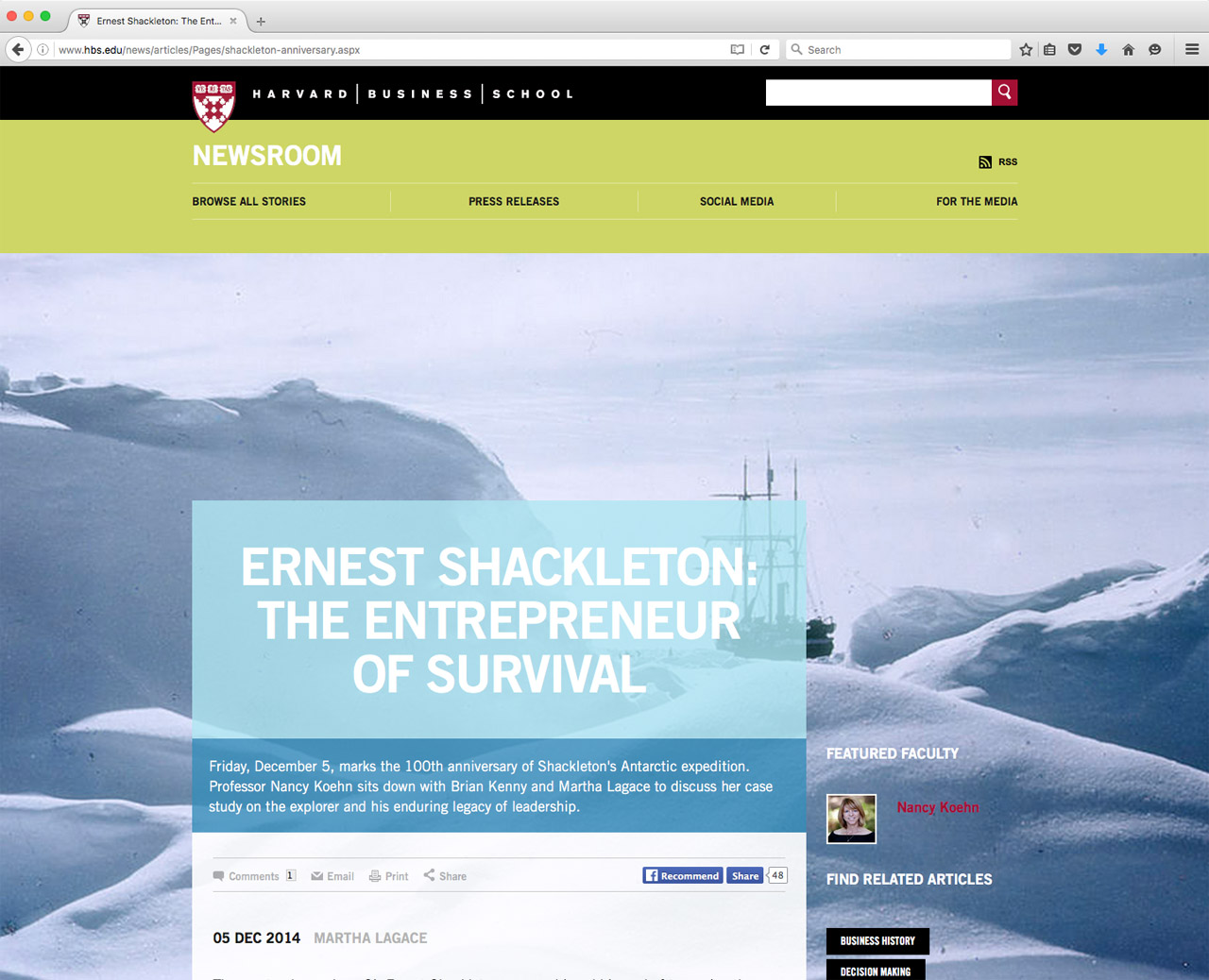 as opposed to the drier press release template, which up until this point was the only way of displaying the content hbs wrote itself, the feature article was designed to be flashy, with sidebars, images, and quotes included as options, and highlight the videos and podcasts produced by the marketing team. 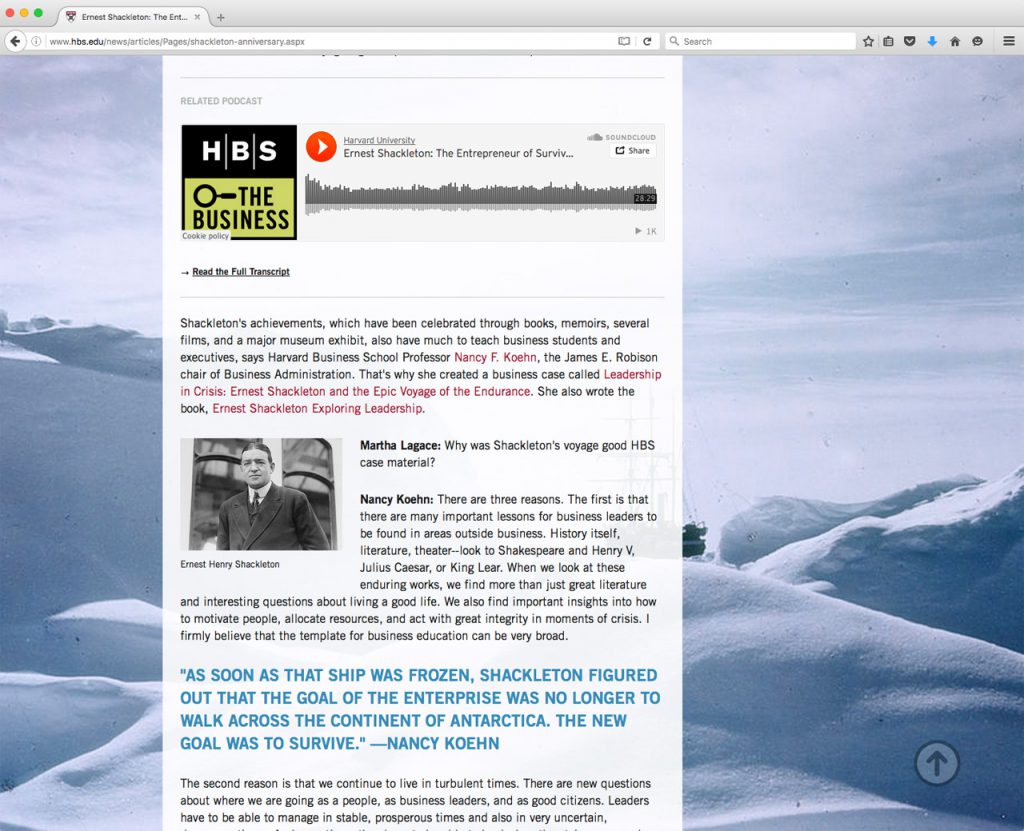 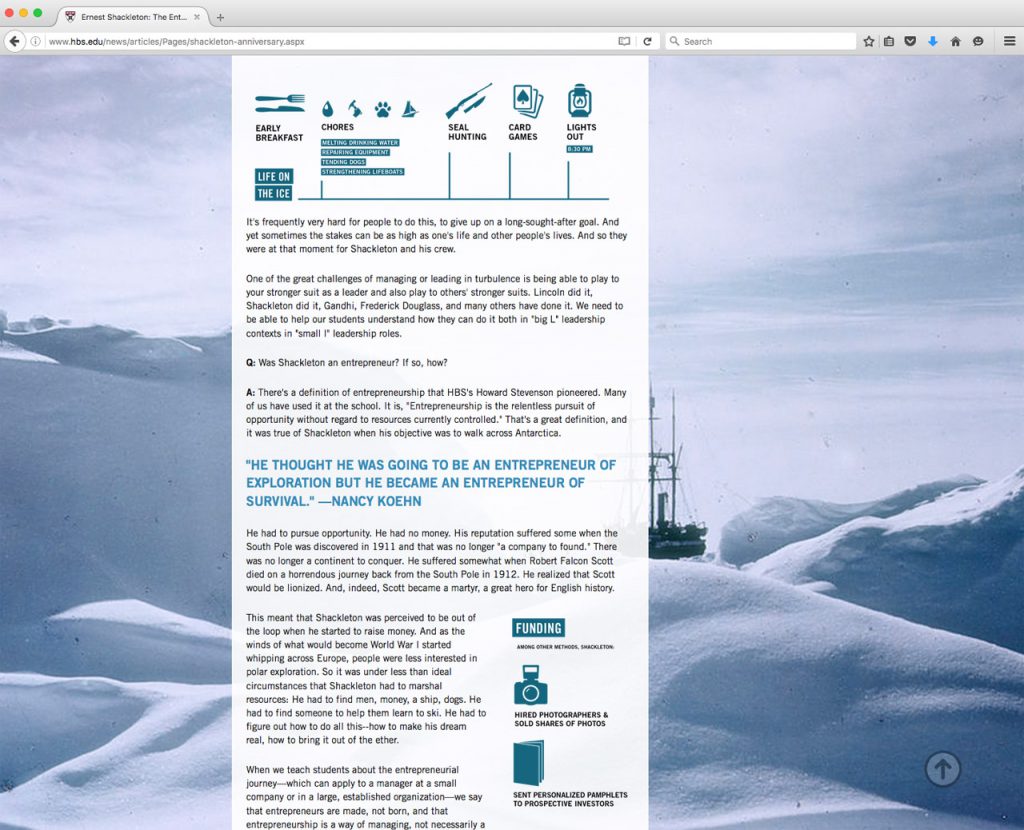 The new template was a roaring success. within two years, we had used it on nearly 50 stories, from research-based work rich with infographics to roundups of other content around holidays. the hbs research publication working knowledge also adopted it for their feature stories.